Seite 446
tectorate were not averse to a trial of strength , secure in the knowledge that ,
whatever the outcome of the debate , they still controlled the source of authority ,
the army . The Instrument of Government provided that the government should ...
Seite 585
they could , and as they could , the honest meaning people of the nation , they
have laboured to engage some in the army ; and I doubt , that not only they , but
some others also very well known to you , have helped in this work of
debauching ...
Seite 593
By the designs of some in the Army , who are now in custody , it was designed to
get as many of them as [ they could , through discontent for want of money , the
Army being in a barren country , near thirty weeks behind in pay , and upon other
... 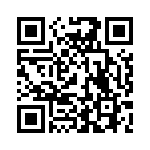