Seite 1252
And God saw the light , that it was good : and God divided the light from the
darkness . And God called the light Day , and the darkness he called Night . And
the evening and the morning were the first day . Genesis 1 : 1-5 4 Timaeus . Let
me ...
Seite 1261
I saw when at his Word the formless Mass , This worlds material mould , came to
a heap : Confusion heard his voice , and wilde uproar Stood rul'd , stood vast
infinitude confin'd ; Till at his second bidding darkness fled , Light shon , and
order ...
Seite 1319
forbearance , and defending them by his protection ; but because there cannot be
found the least particle of wisdom , light , righteousness , power , rectitude , or
sincere truth which does not proceed from him , and claim him for its author .

Born in New York, Mortimer Adler was educated at Columbia University. Later as a philosophy instructor there, he taught in a program focused on the intellectual foundations of Western civilization. Called to the University of Chicago in 1927 by President Robert Maynard Hutchins, Adler played a major role in renovating the undergraduate curriculum to center on the "great books." His philosophical interests committed to the dialectical method crystallized in a defense of neo-Thomism, but he never strayed far from concerns with education and other vital public issues. From 1942 to 1945, Adler was director of the Institute for Philosophical Research, based in San Francisco, California. Beginning in 1945 he served as associate editor of Great Books of the Western World series, and in 1952 he published Syntopicon, an analytic index of the great ideas in the great books. In 1966 he became director of the editorial planning for the fifteen edition of the Encyclopaedia Britannica, and in 1974, chairman of its editorial board. Adler has been devoted in recent years to expounding his interpretations of selected great ideas and to advocating his Paideia Proposal. That proposal would require that all students receive the same quantity and quality of education, which would concentrate on the study of the great ideas expressed in the great books, a study conducted by means of the dialectical method. Mortimer J. Adler died June 28, 2001 at his home in San Mateo, California at the age of 98.

Charles Lincoln Van Doren was born in Manhattan, New York on February 12, 1926. During World War II, he served with the Army Air Forces. He received a bachelor's degree from St. John's College and a master's degree in mathematics from Columbia University in 1949. After studies at Cambridge University in England and the Sorbonne in Paris, he started teaching English at Columbia in 1955 and received a doctorate in literature there in 1959. From November 28, 1956 to March 11, 1957, he appeared on the NBC quiz show Twenty-One. He won a total of $129,000. He appeared on the cover of Time magazine and signed a $150,000 contract to appear on NBC shows for three years. As rumors and skepticism over TV quiz shows being fixed arose, he insisted that he had not taken part in any deceptions. However, on November 2, 1959, he told congressional investigators that the shows had all been fixed, that he had been given questions and answers in advance, and that he had been coached to make the performances more dramatic. He lost his job at Columbia, NBC canceled his contract, and he pleaded guilty to second-degree perjury and received a suspended sentence. He became an editor and a writer. He took a job with Encyclopaedia Britannica and eventually became a vice president in charge of the editorial department. He retired in 1982. He wrote several books including The Joy of Reading and A History of Knowledge. He died on April 9, 2019 at the age of 93. 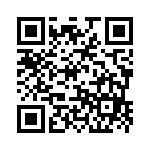