Elliott Robert Barkan is Professor Emeritus of History and Ethnic Studies at California State University. He is author of Our Multicultural Heritage: A Guide to America's Principal Ethnic Groups and And Still They Come: The Immigrant in American Society, 1920s-1990s. He lives in Corona, California. 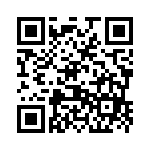