Seite 53
After several adventures , Christian and Hopeful hold another debate with
Ignorance . Their talk ranges over a number of theological issues , and on every
point Ignorance takes a stand that has been condemned in previous discussions
...
Seite 56
16 She is presented as a temptation of Mr . Stand - fast , who says he met her as “
one in very pleasant Attire , but old , that presented her self unto me , and offered
me three things , to wit , her Body , her Purse , and her Bed . ” Her proposal is ...
Seite 170
The moral of the plot , as drawn by West , is that pilgrims must stand firm against
the unjust and inhuman power of the market , which takes no account of the value
of the human soul ; they must stand firm even unto death . But the Christian ... 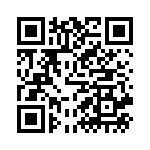