Seite 88
And he commanded the most mighty men that were in his army to bind Shadrach
, Meshach , and Abed - nego , and to cast them into the burning fiery furnace .
Then these men were bound in their coats , their hosen , and their hats , and their
...
Seite 107
And I saw him come close unto the ram , and he was moved with choler against
him , and smote the ram , and brake his two horns : and there was no power in
the ram to stand before him , but he cast him down to the ground , and stamped ...
Seite 191
Then the mariners were afraid , and cried every man unto his god , and cast forth
the wares that were in the shipinto the sea , to lighten it of them . But Jonah was
gone down into the sides of the ship ; and he lay , and was fast asleep . So the ... 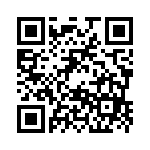