Seite 83
The “ two stories ” are those of a doubled origin : the story which tells the origin ,
and that which , after the fact , tells the story of the origin ' s repetition of an always
already misrecognized , and hence effaced , aboriginality . The recognition that ...
Seite 123
Doc , ” he tells his physician of many years , “ I don ' t know how to tell you this ,
but I think I ' m dead . ” The doctor , understandably taken aback , can see that in
the face of such extraordinary symptoms , an unusual brand of treatment is ...
Seite 129
The concept of ideology , Michaels tells us , assumes the existence of subjects
complete with interests and then imagines those subjects in more or less
complicated ( and more or less conscious ) ways selecting their beliefs about the
world in ... 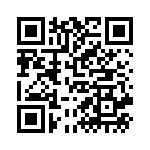