Seite 144
The first part , that against the church , prepared earlier , it has been suggested ,
by Fiennes and Vane , was reinforced by a second instalment relating to political
affairs and specific grievances prepared by Pym and his followers , Strode ...
Seite 153
Edward Calamy , who , in reply to the Humble Remonstrance by Bishop Hall , the
author of Episcopacie by Divine Right Asserted , which embodied the Laudian
thesis , denied the apostolic origin of bishops and liturgies and was prepared to ...
Seite 200
the Commonighty - five menundred and sunk to ni The month of September ,
1642 , was spent in preparing for ... The interest had shifted to the field , where
the commanders feverishly prepared their armies for the fight and each side ... 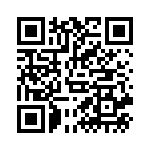