Seite 116
Hence , the critical task of testimony , if one still remains , is to recollect , stamp ,
or poeticize this " is , " this between or relation of Chilean periods ( a relation that
is Chile's contemporary history , and that I have articulated as " transition is ...
Seite 223
tradition always disposed to capture the remains of unwritten thoughts . In a
similar vein , we might say that one tradition is consummated in the funeral of
another , in such a way that the departing tradition allows itself to be spoken for
by the ...
Seite 244
In other words , in the midst of the analytical treatment , some " thing ” remains ,
irreducible to the treatment by phrases . Is analysis about “ letting go ” of affects ,
liquidating them ? Or , as it therapeutically liquidates affects by allowing them to ... 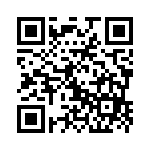