Joel Achenbach is a staff writer for The Washington Post and writes a monthly science column for National Geographic magazine. 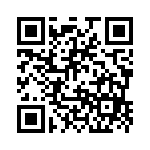