Born in Ottery St. Mary, England, in 1772, Samuel Taylor Coleridge studied revolutionary ideas at Cambridge before leaving to enlist in the Dragoons. After his plans to start a communist society in the United States with his friend Robert Southey, later named poet laureate of England, were botched, Coleridge instead turned his attention to teaching and journalism in Bristol. Coleridge married Southey's sister-in-law Sara Fricker, and they moved to Nether Stowey, where they became close friends with William and Dorothy Wordsworth. From this friendship a new poetry emerged, one that focused on Neoclassic artificiality. In later years, their relationship became strained, partly due to Coleridge's moral collapse brought on by opium use, but more importantly because of his rejection of Wordworth's animistic views of nature. In 1809, Coleridge began a weekly paper, The Friend, and settled in London, writing and lecturing. In 1816, he published Kubla Kahn. Coleridge reported that he composed this brief fragment, considered by many to be one of the best poems ever written lyrically and metrically, while under the influence of opium, and that he mentally lost the remainder of the poem when he roused himself to answer an ill-timed knock at his door. Coleridge's The Rime of the Ancient Mariner, Christabel, and his sonnet Ozymandias are all respected as inventive and widely influential Romantic pieces. Coleridge's prose works, especially Biographia Literaria, were also broadly read in his day. Coleridge died in 1834.

Poet Algernon Charles Swinburne was born April 5, 1837 in Grosvenor Place, London, but spent most of his boyhood on the Isle of Wight, where both his parents and grandparents had homes. He was educated at Eton and Oxford University but was expelled from Oxford before he graduated. Although some of his work had already appeared in periodicals, Atalanta in Calydon was the first poem to come out under his name and was received enthusiastically. "Laus Veneris" and Poems and Ballads, with their sexually charged passages, were attacked all the more violently as a result. Swinburne's meeting in 1867 with his long-time hero Mazzini, led to the more political Songs before Sunrise. In 1879, with Swinburne nearly dead from alcoholism and dissolution, his legal advisor Theodore Watts-Dunton took him in, and was successful in getting him to adopt a healthier style of life. Swinburne lived the rest of his days at Watts-Dunton's house outside London. He saw less and less of his old friends, but his growing deafness accounts for some of his decreased sociability. He died of influenza in 1909. 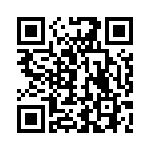