Seite 3
It appears that several dramas on the present subject had been written before
Shakspeare attempted it . See the notes at the conclusion of this play , which was
first entered at Stationers ' Hall by Andrew Wise , Oct. 20 , 1597 , under the title of
...
Seite 331
even he escapes not Language unmannerly , yea , such which breaks The sides
of loyalty , and almost appears In loud rebellion . Nor . Not almost appears , It
doth appear : for , upon these taxations , The clothiers all , not able to maintain
The ...
Seite 500
Dr. Johnson's conjecture , thus cautiously stated , has been since strongly
confirmed by Mr. Tyrwhitt's note , p . 306 , by which it appears that this play was
revived in 1613 , at which time , without doubt , the Prologue and Epilogue were
added ... 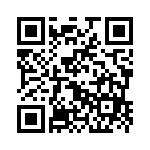