Chris Coculuzzi works as an educator for the Toronto District School Board and is a co-founder and member of an independent democratic school. He also works in theatre as a producer, director, actor, and playwright. He is the co-author and editor of the Shakespeare's Sports Canon series of five plays: Shakespeare's Rugby Wars, Shakespeare's World Cup, Shakespeare's Gladiator Games, Shakespeare's Comic Olympics, and Shakespeare's NHL (National History League). Other adaptations include Charles Dickens' A Tale of Two Cities and an abridged version of Cyrano de Bergerac (co-authored with Roxanne Deans). He currently resides in Toronto with his companion Kathy and their children Cabiria, Lórien, and Paisley.

Matt Toner is a regular lecturer on progressive media theory and works in video game development in Vancouver as a Lead Designer. As a playwright Matt has developed scripts through the Master Playwrights Workshop of New Yorks Ensemble Studio Theatre, the Frederick Douglass Creative Arts Center and Uta Hagens HB Studio. Matt is the co-author of four of the Shakespeare's Sports Canon series: Shakespeare's Rugby Wars, Shakespeare's World Cup, Shakespeare's Gladiator Games, and Shakespeare's NHL (National History League). Other titles include Objects in Mirror May be Closer than They Appear, Jessie Bell from Arkansas, Killing Time at the Crossroads of the World, The Pimp Hand of God, and We Unhappy Few. 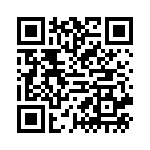