Seite 2
He wrote about politics , he wrote about religion , he wrote , above all , about literature ; but he did not write as a political theorist , a theologian , or even , in any restricted sense , a literary critic .
Seite 22
He wrote a good deal— indeed , a remarkable amount for one who was only a part - time writer - and he wrote to cajole , to convince , to controvert , and to pay his bills . While the young poet had sung of the private griefs and ...
Seite 25
But certainly there may still be some readers who , vaguely recalling ' Dover Beach ' or ' The Scholar - Gypsy ' from school anthologies , are surprised to find he ' also ' wrote prose . Arnold's poetry , as we have seen , belongs very ... 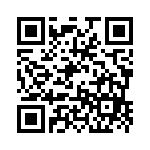