The book "A certain ambiguity" of Gaurav Suri and Hartosh Singh Bal is a mathematical fiction that tries to give answers in basic philosophical questions that every human being is posing, like "What ... Vollständige Rezension lesen

A Certain Ambiguity is a novel centered around a young Indian student who discovers something about his grandfather and then investigates the mystery. In the process, he discovers much about geometry ... Vollständige Rezension lesen 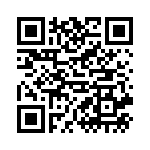