David Bromwich is Housum Professor of English at Yale University. He is the author of Hazlitt: The Mind of a Critic and Politics by Other Means, both published by Yale University Press. 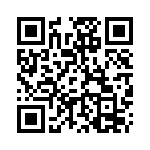