Seite 307 - Such a nation might truly say to corruption, thou art my father, and to the worm, thou art my mother and my sister.
Wird in 429 Büchern von 1660 bis 2008 erwähnt
Seite 151 - Ere the pruning-knife of Time Cut him down, Not a better man was found By the Crier on his round Through the town.
Wird in 431 Büchern von 1833 bis 2008 erwähnt
Mehr
Seite 257 - A mixture of a lie doth ever add pleasure. Doth any man doubt that if there were taken out of men's minds vain opinions, flattering hopes, false valuations, imaginations as one would, and the like, but it would leave the minds of a number of men poor shrunken things, full of melancholy and indisposition, and unpleasing to themselves...
Wird in 387 Büchern von 1720 bis 2008 erwähnt
Seite 237 - But the righteous live for evermore; their reward also is with the Lord, and the care of them is with the most High. Therefore shall they receive a glorious kingdom, and a beautiful crown from the Lord's hand: for with his right hand shall he cover them, and with his arm shall he protect them.
Wird in 184 Büchern von 1804 bis 2007 erwähnt
Seite 431 - Thus much I should perhaps have said though I were sure I should have spoken only to trees and stones; and had none to cry to, but with the Prophet, O earth, earth, earth!
Wird in 186 Büchern von 1806 bis 2008 erwähnt
Seite 174 - Faces clumsily carved in oak, on the back of his arm-chair, Laughed in the flickering light, and the pewter plates on the dresser Caught and reflected the flame, as shields of armies the sunshine.
Wird in 113 Büchern von 1848 bis 2008 erwähnt
Seite 136 - They that be whole need not a physician, but they that are sick ; but go ye and learn what that meaneth, I will have mercy, and not sacrifice : for I am not come to call the righteous, but sinners to repentance.
Wird in 715 Büchern von 1701 bis 2008 erwähnt
Seite 272 - ... the inquiry of truth, which is the love-making or wooing of it, the knowledge of truth, which is the presence of it, and the belief of truth, which is the enjoying of it, is the sovereign good of human nature.
Wird in 429 Büchern von 1807 bis 2008 erwähnt
Seite 54 - Nowhere could be found that sensitive and restless compassion which has, in our time, extended a powerful protection to the factory child, to the Hindoo widow, to the negro slave, which pries into the stores and watercasks of every emigrant ship, which winces at every lash laid on the back of a drunken soldier, which will not suffer the thief in the hulks to be ill fed or overworked, and which has repeatedly endeavored to save the life even of the murderer.
Wird in 88 Büchern von 1803 bis 2006 erwähnt
Seite 430 - But patience is more oft the exercise Of saints, the trial of their fortitude, Making them each his own deliverer, And victor over all That tyranny or fortune can inflict...
Wird in 194 Büchern von 1788 bis 2007 erwähnt
Weniger

Whittier, the Quaker poet, was a "man of peace" but also "the poet militant." While his nonconformist religion demanded passive resistance in the physical arena, he was vigorous in opposition to slavery and the enemies of democratic principles. Born near Haverhill, Massachusetts, and educated at local schools, Whittier became editor of several country newspapers and in 1831 published his first book, Legends of New England in Prose and Verse. This was followed by a number of volumes of poetry, nearly 20 between 1836 and the outbreak of the Civil War, but a literary life was not uppermost in Whittier's mind during these turbulent years. Having been drawn into the antislavery movement by William Lloyd Garrison and others, Whittier became one of the most effective voices in the fight against slavery through his poetry and other writings. He himself said that he "set a higher value on his name as appended to the Anti-Slavery Declaration in 1833 than on the title page of any book." It has been said that his Voices of Freedom (1846), raised in the cause of abolition, was second only to Uncle Tom's Cabin in influencing the public against slavery. Following the war, Whittier felt free to turn his primary attention from politics to other themes and matters in his poetry, most successfully to the New England folk life that he had known so intimately during his years in rural Massachusetts and which is reflected in Among the Hills (1869). Snow-Bound: A Winter Idyl (1866) is a long poem celebrating those rural values that Whittier had known in his youth but that were now vanishing before the industrial and urban forces that were transforming the American landscape and, some feared, character. In this, one of the most popular poems of nineteenth-century America, Whittier seeks in his personal past, as Robert Penn Warren pointed out, "not only a sense of personal renewal and continuity, but also a sense of the continuity of the new order with the American past." Other poems of high merit from these later years include "Abraham Davenport" (1866), the exquisite "Prelude" to Among the Hills (1868), and "In School-Days" (1870). 020 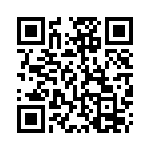