There has never been any doubt about Poe's enormous literary significance, but, with regard to his ultimate artistic merit, there has been considerable disagreement. To some he is little more than a successful charlatan, whose literary performances are only a virtuoso's display of stunning, but finally shallow, effects. Others, however, are struck by Poe's profound probing of the human psyche, his philosophical sophistication, and his revolutionary attitude toward literary language. No doubt both sides of this argument are in part true in their assessments. Poe's work is very uneven, sometimes reaching great literary heights, at other times striking the honest reader as meaningless, pathetic, or simply wrong-headed. This is not surprising, considering the personal turmoil that characterized so much of Poe's short life. Poe was extreme in his literary views and practices; balance and equilibrium were not literary values that he prized. Scorning the didactic element in poetry, Poe sought to separate beauty from morality. In his best poems, such as "The City in the Sea" (1836), he achieved an intensification of sound sufficient to threaten the common sense of the poetic line and release a buried, even a morbid, sense that would enchant the reader by the sonic pitch of the poem. Defining poetry as "the rhythmic creation of beauty," Poe not only sought the dream buried beneath the poetic vision---Coleridge had already done that---but also abandoned the moral rationale that gave the buried dream symbolic meaning. The dream, or nightmare, was itself the content of the verse. Some readers, however, such as T. S. Eliot, have found Poe's poetry extremely limited, both in its content and in its technique. While it is true that Poe was one of the few American poets to achieve international fame during the nineteenth century, critics point out that his influence on such literary movements as French symbolism and literary modernism was largely through the superb translations and criticisms of his writings by Baudelaire (see Vol. 2), Mallarme (see Vol. 2), and Valery (see Vol. 2). Poe's theory of the short story, as well as his own achievements in that genre, contributed substantially to the development of the modern short story, in Europe as well as in the United States. Poe himself regarded his talent for fiction writing as of less importance than his poetry and criticism. His public preferred his detective stories, such as "The Murders in the Rue Morgue" (1841), "The Mystery of Marie Roget" (1842--1843) and "The Gold Bug" (1843); and his analytic tales, such as "A Descent into the Maelstrom" (1841), "The Black Cat" (1843), and "The Premature Burial" (1844). His own preference, however, was for the works of the imagination, such as "Ligeia" (1838), "The Fall of the House of Usher" (1839), and "The Masque of the Red Death" (1842), tales of horror beyond that of the plausible kind found in the analytic stories. Just as with his poetry, however, readers have been strongly divided in their appreciation of the deeper worth of Poe's fiction. For many, they are at best merely an effective display in Gothicism, good horror stories, an enjoyable experience in vicarious terror, but nothing more. This was the view of Henry James, that other great nineteenth-century master of the ghost story, who claimed that "an enthusiasm for Poe is the mark of a decidedly primitive stage of reflection." But others have found in these carefully crafted pieces something far more profound, a way of seeing into our unconscious, that place where, for a while at least, terrifying conflicts coexist. As Poe so well put it himself in the preface to his Tales of the Grotesque and Arabesque (1840), "If in many of my productions terror has been the basis, I maintain that terror is not of Germany but of the soul. 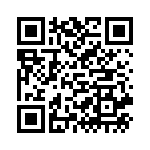