Conservatism: an anthology of social and political thought from David Hume to the present

Upon reading this impressive and long-overdue anthology, other scholars are likely to exclaim, "Why didn't I think of this?" Ranging from Hume and Edmund Burke to Irving Kristol and David Rieff, the ... Vollständige Rezension lesen

Jerry Z. Muller is Professor of History at the Catholic University of America in Washington, D.C. His previous books, Adam Smith in His Time and Ours: Designing the Decent Society and The Other God That Failed: Hans Freyer and the Deradicalization of German Conservatism are available from Princeton in paperback. 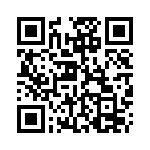