Seite 32
Catherine , 20 , married Roger Whitstone , -date unknown , -later an officer in the
Parliamentary army . She married , much later , Oliver's friend and fellowregicide ,
Col. John Jones , of Wales , who was executed at the Restoration . 4. Margaret ...
Seite 131
Marten and Sir Robert Pye , and in its activities he was , apparently , brought into
touch with those City interests which were presently to be of such great
importance to him and his party.26 Two days later , on June 1 , he moved that a
certain ...
Seite 191
108 However distant Clarendon was in time and place from the event he thus
records , however prejudiced he may have been in the light of Cromwell's later
activities , his story had a certain ring of truth . It is in keeping with Cromwell's ... 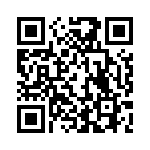