An examination of the various ways by which the theoretically iron walls seperating the Whig and Loyalist communities during the American Revolution were interpenetrated by the social conventions that ... Vollständige Rezension lesen 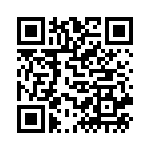