Seite 13
A young WOMAN enters from left , looks around , becomes aware of the audience , smiles with recognition , puts on some glasses , looks more closely , recoils , horrified , turns and exits left . The young MAN enters from right , crosses ...
Seite 14
( WOMAN ignores him , glances up at sky , closes umbrella . Man looks up , then with disgust removes something from his eye . ) SACROILIASH ! ( WOMAN smiles despite herself . ) Terrywiggle , keenya , keenya . Boo la bow wowhaus .
Seite 227
Edward Engelberg argues that Naschina brings sin and reality to the island , but Almintor's last words describe it as a " charmed ring , ” and no island can be as sinful as the real world if it contains only a single woman and dozens of ... 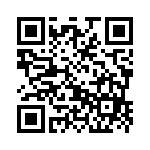