Where We Stand: Voices of Southern Dissent

In this collection of 12 essays, the authors--all proud, white, liberal Southerners--present their cases for why the United States is headed in the wrong direction and offer ideas on how to correct ... Vollständige Rezension lesen

Dan Carter is the University of South Carolina Educational Foundation Professor Emeritus. The author and editor of more than forty scholarly articles and seven books including Scottsboro: A Tragedy of the American South and The Politics of Rage: George Wallace, The Origins of the New Conservatism and the Transformation of American Politics , Carter has received eight major literary prizes including the Lillian Smith, Bancroft, and Robert Kennedy awards as well as a special citation in non-fiction from the Mystery Writers of America.

Leslie W. Dunbar, a native of West Virginia, was the director of the Field Foundation and the Southern Regional Council during the turmoil of the 1960s, and has been closely identified with the cause of Southern democracy. The author of several books, most recently, The Shame of Southern Politics , he lives in Washington, D.C. 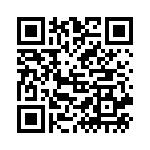