Matthew Arnold (24 December 1822 - 15 April 1888) was an English poet and literary, social and cultural critic who worked as an inspector of schools. He is noted especially for his classical attacks on the contemporary tastes and manners of the "Barbarians" (the aristocracy), the "Philistines" (the commercial middle class), and the "Populace." He became the apostle of culture in such works as Culture and Anarchy (1869).Matthew Arnold has been characterised as a sage writer, a type of writer who chastises and instructs the reader on contemporary social issues. 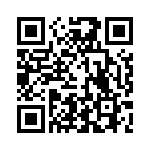