Stephen Cretney is a Senior Research Fellow at All Souls College Oxford. HEwas a practising solicitor in the City of London from his graduation until 1965. Thereafter he held academic posts, becoming Quarrell Fellow and Tutor in Law at Exeter College Oxford in 1969. Beween 1978 and 1984 he served as
a Law Commissioner before becoming Professor and Dean of the Faculty of Law at Bristol University.He has served on a number of official Committees dealing with legal matters. 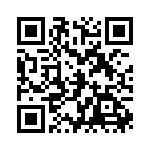