Seite 313 - How sleep the Brave who sink to rest By all their country's wishes blest! When Spring, with dewy fingers cold, Returns to deck their hallowed mould, She there shall dress a sweeter sod Than Fancy's feet have ever trod. By fairy hands their knell is rung; By forms unseen their dirge is sung; There Honor comes, a pilgrim gray, To bless the turf that wraps their clay; And Freedom shall awhile repair, To dwell a weeping hermit there!
Wird in 1071 Büchern von 1731 bis 2008 erwähnt
Seite 36 - Like leviathans afloat, Lay their bulwarks on the brine; While the sign of battle flew On the lofty British line : It was ten of April morn by the chime : As they drifted on their path, There was silence deep as death; And the boldest held his breath, For a time. But the might of England flushed To anticipate the scene; And her van the fleeter rushed O'er the deadly space between. 'Hearts of oak!
Wird in 498 Büchern von 1801 bis 2008 erwähnt
Mehr
Seite 313 - On fame's eternal camping ground Their silent tents are spread, And glory guards, with solemn round, The bivouac of the dead.
Wird in 350 Büchern von 1860 bis 2008 erwähnt
Seite 296 - Corps reached Fayetteville on the llth of March, skirmishing with Wade Hampton's cavalry, that covered the rear of Hardee's retreating army, which, as usual, had crossed Cape Fear River, burning the bridge. During the march from the Pedee General Kilpatrick had kept his cavalry well on the left and exposed flank.
Wird in 22 Büchern von 1861 bis 2002 erwähnt
Seite 267 - Tis as sad and proud a burden, As ye ever learned before. How they fell like grass When the mowers pass, And the dying, wheu]the foe was flying, swelled the cheering Of the heroes of the pass. Sweep it o'er the hills of Georgia To the mountains of the north ; Teach the coward and the doubter, What th
Wird in 13 Büchern von 1865 bis 2007 erwähnt
Seite 296 - These were destroyed, as also the railroad trestles and bridges down as far as Darlington. An expedition of mounted infantry was also sent down to Florence, but it encountered both cavalry and infantry, and returned, having only broken up in part the branch road from Florence to Cheraw. 'Without unnecessary delay the columns were again put in motion, directed on Fayetteville, North Carolina, the right wing crossing the Pedee at Cheraw, and the left wing and cavalry at Sneedsboro'.
Wird in 25 Büchern von 1865 bis 2008 erwähnt
Seite 114 - Tiim prisoner. The men were falling ten at a time. The ditch being full, and finding that we had no chance, we, the survivors, tried to save ourselves as best we could. I was so far up I could not get off quickly ; I do not recollect seeing Catesby after this, but think he got off before. I trust in God he has.
Wird in 7 Büchern von 1864 bis 2000 erwähnt
Seite 115 - Oh! my God!" jumped about two feet off the ground and fell on his face. The top of his head seemed to cave in, and the blood spirted straight up several feet. I could see men falling as they attempted to run ; some with their heads blown to pieces and others with the blood streaming from their backs. Oh! it was horrible. One poor fellow being almost on me, told me his name, and asked me to take his pocketbook...
Wird in 8 Büchern von 1864 bis 2006 erwähnt
Seite 135 - ... beware of the terrible retribution that is falling upon your coadjutors at the south, and that as your crime is ten-fold blacker it will swiftly smite you with ten-fold more horrors, should you persist in your damnable work of treason.
Wird in 10 Büchern von 1863 bis 1949 erwähnt
Seite 312 - It was duty! Some things are worthless, and some others so good, That nations who buy them pay only in blood; For Freedom and union each man owes his part, And here I pay my share all warm from my heart. It is duty!
Wird in 30 Büchern von 1864 bis 2003 erwähnt
Weniger 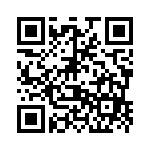