Seite 339
11 d. ower and above certain other payments in the said letters-patent mentioned
, amounting in the whole to 21 l. 17 s. and all emoluments and rights thereto
belonging: to be holden to the said William Earl of Derby, and Elisabeth his wife,
and ...
Seite 340
the heirs-male of their bodies, nor of the body of the said William Earl of Derby,
fhould have power to alien or sell the said Isle of Man, and other the premisses,
or any part of then, from his or their issue, or other persons appointed by the aët
to ...
Seite 341
cf the King, in order to purchase the said He and territory of Man; and that the
Duke, though relućtant to alien so honourable a principality from his family, had
always been ready to submit to his Mjesty's pleasure therein, who had newer ... 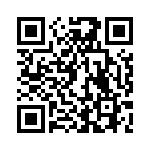