Seite iv
I am far from approving , his Manner of treating our Poet ; tho ' Mr. Dryden owns ,
that all , or most of the Faults he has found , are Just ; but adds this odd Reflection
: And yet , says he , Who minds the Critick , and who admires Shakespear less ...
Seite xxviii
Their Beauties imitate , avoid their Faults . ( b ) First on a Plot employ thy careful
Thoughts . Turn it with Time a thousand several ways . This oft alone has given
success to Plays . Reject that Vulger Error , which appears So fair , of making ...
Seite 274
Tho ' this Play be plac'd after the Tempest , ' tis cvident from the Writing , and the
Faults and even Absurdities , that it was writ long before it , for I can by no means
think that Shakespear wrote worse and worse ' ; for if his Fire may be suppos'd ... 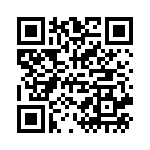