Contains two of the greatest essays on rhetoric penned in the 20th century: "Terministic Screens" and "Definition of Man." I will admit I haven't read another essay in the volume, but those two are so good I can't imagine giving this book anything but five stars. Vollständige Rezension lesen

Born in Pittsburgh, Burke was educated at Ohio State and Columbia universities. During his early career, he became involved with a number of little magazines, including Broom and Secession. He also wrote for The Dial and The Nation as a music critic. His greatest fame, however, has been as a literary critic. Omnivorously eclectic, Burke has found in the analysis of human symbolic activities a key to the largest cultural issues. For Burke, literature is the most prominent and sophisticated form of "symbolic action," one that provides "equipment for living" by allowing us to try out hypothetical strategies for dealing with the endless variety of human situations and experiences. Human society demands some principle of order, but the language and reason that create order can fall into rigid abstractions that can be destructive and violently imposed. Literature shows us an image of sacrifice, forgiveness, and flexibility that plays an important role in keeping society functioning flexibly. Burke's writing is extensive, complex and wide ranging, but also unique and uniquely important among current critical approaches.

Joseph Gusfield is professor emeritus of sociology at the University of California, San Diego. The Culture of Public Problems was awarded the Charles Horton Cooley Award for 1983 by the Society for the Study of Symbolic Interaction. Professor Gusfield's other books include Kenneth Burke: On Symbols and Society, also published by the University of Chicago Press. 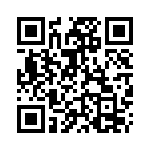