William Shakespeare, also known as "Bard of Avon," is regarded as one of the greatest writer in the English language and the finest dramatist of the world. He was a successful English poet, Playwright, and actor. He is often called England's National Poet. His works have been translated into every major language of the world, and are performed the most as compared to any other playwright. His works, along with some collaborations, consist of about 38 plays, 154 sonnets, two long narrative poems, and few other verses, of which the authorship of some is unconfirmed. Shakespeare's private life is much speculated about, as too few records of his private life have survived. The known works of Shakespeare were produced between 1589 and 1613. In the early phase as a playwright, Shakespeare mostly produced comedies and histories, and these works are considered as one of the best in these genres. Afterwards, he wrote tragedies until about 1608, which include Hamlet, Macbeth, King Lear, and Othello. These works are also one of the finest in English language, and literature. In his last phase, he wrote tragicomedies, also known as romances, and collaborated with other playwrights. 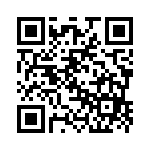