Born in London to a wine merchant, Geoffrey Chaucer (c1340-1400) became a royal servant and travelled as a diplomat to France, Spain and Italy. As well as being famed for his translations, his own work includes The Canterbury Tales, The Book of the Duchess and The Legend of Good Women.
Professor Barry Windeatt is Fellow and Keeper of Rare Books at Emmanuel College, Cambridge. He has translated The Book of Margery Kempe for Longman and is the author of the Oxford Guide to Troilus & Criseyde. 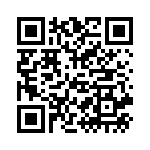