Richard Shusterman is the Dorothy F. Schmidt Eminent Scholar in the Humanities and Professor of Philosophy at Florida Atlantic University, Boca Raton. Educated at Jerusalem and Oxford, he is internationally known for his contributions to philosophy and his pioneering work in somaesthetics, a field of theory and practice devoted to thinking through the body. A recipient of senior Fulbright and National Endowment for the Humanities fellowships, Dr Shusterman has held academic positions in Paris, Berlin, and Hiroshima, and is the author of several books, most recently Surface and Depth and Performing Live. His Pragmatist Aesthetics has been published in thirteen languages. 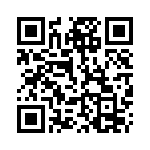