Counter-factual history is a growing stream of history writing, where authors posit "what-if" questions at momentous times in history. Historians have long played this game at cocktail parties and in ... Vollständige Rezension lesen

Steve Tally presents a collection of counterfactual history essays in this collection spanning United States history from the founding to the Clinton era. The chapters are short and to the point ... Vollständige Rezension lesen

Steve Tally is the autor of Bland Ambition: From Adams to Quale - the Cranks, Criminals, Tax Cheats, and Golfers Who Made it to Vice President. He lives with his wife and family in Indiana. 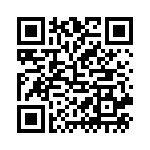