Seite 324
Smith , Wealth , 99-144 . Patricia H. Werhane summarizes Smith's objections to
the contemporary apprenticeship system as follows : " The most repressive
practice was that of apprenticeships . Apprenticeships in Smith's time were
encouraged ...
Seite 325
Smith , Wealth , 719 . 47. Smith , Wealth , 734 . 48. I regard the Cromwellian
advocate of compulsory education , Comenius , as essentially a continental
reformer and his English associates , Durie , Hartlib , and the like , as marginal
figures in ...
Seite 326
Smith's interest in “ connectedness ” and the theory of systems probably derives
from Condillac . For a discussion of this aspect of Smith's work , see A. D. Megill ,
“ Theory and Experience in Adam Smith , ” Journal of the History of Ideas 36 ...

Paul A. Olson is Kate Foster Professor of English at the University of Nebraska. He is the author of numerous books, including The Journey to Wisdom: Self-Education in Patristic and Medieval Literature (Nebraska 1995) and The Struggle for the Land: Indigenous Insight and Industrial Empire in the Semiarid World (Nebraska 1990). 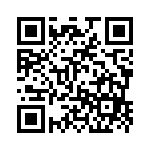