The legends of the Jews

The legends of the Jews

Louis Ginzberg was born in Kovno (now Kaunas), Lithuania, in 1873. He began his university studies in mathematics but eventually turned to the study of religion. His doctoral dissertation, which documented the survival of various Jewish elaborations of the Bible in the writings of the Church Fathers, prefigured his later work. He immigrated to America in 1899 and became a renowned Judaic scholar. He died in New York City in 1953. 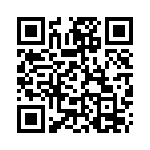