This is very much history about intellectuals for intellectuals; so what's the attraction? For me, it comes in three parts. One is from being something of a student of the Cold War. Two, the men who I ... Vollständige Rezension lesen

Nils Gilman is an independent scholar and practitioner at the Global Business Network in San Francisco. 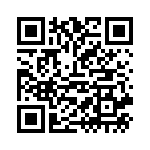