I have a fascination with architecture and structures. I cannot identify a particular style or type of design, but I do find old buildings and constructs to be inherently interesting. And as the book ... Vollständige Rezension lesen

Harry Skrdla is an engineer and a historic-preservation consultant based in Ann Arbor, Michigan. He has contributed to the preservation and restoration of a number of noteworthy structures, including the ornate 1920s movie palace the Fox Theatre in Detroit, one of the last of its kind in America. 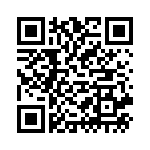