An overdue tribute to the myriad of strong and independent women film stars of pre-Code Hollywood (1929-34).LaSalle provides a detailed summary of an important five-year period in Hollywood history ... Vollständige Rezension lesen

So, this guy isn't a great writer but this book provides lots of interesting details about some obscure films I'll probably never get a chance to see. Nick LaSalle, is, like me, obsessed with Norma Shearer and her crossed eyes. We love you Norma. Vollständige Rezension lesen

Mick LaSalle is the film critic for the San Francisco Chronicle and teaches a class at University of California at Berkeley on pre-Code film. He lives in San Francisco. 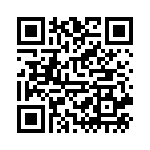