Philip Towle is Reader in International Relations at the Centre of International Studies, Cambridge University, where he has taught since 1980. He worked previously for the Foreign and Commonwealth Office, the Australian National University in Canberra and the Royal Naval College in Dartmouth. His publications include 'Enforced Disarmament from the Napoleonic Campaigns to the Gulf War', 'Democracy and Peacemaking: Negotiations and Debates' and 'From Ally to Enemy: Anglo-Japanese Military Relations, 1900-45'. Nobuko Margaret Kosuge is a Professor in the Faculty of Law, Yamanashi Gakuin University and a former Visiting Scholar at the Centre of International Studies, Cambridge University. Her past publications include 'Post-war Reconciliation'; 'Japanese Prisoners of War' with Philip Towle and Yoichi Kibata and 'War Memories and the Far Eastern Prisoners of War' with Yoichi Kibata and Philip Towle. 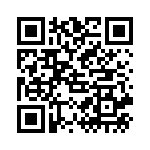