Charles Patrick Neimeyer is Assistant Professor of History at the University of Central Oklahoma and former teacher at the Naval War College. 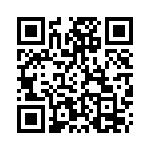