Larson's book was published in 2007, but it's never seemed more timely. An election that bitterly divided the American people? That ended in a disputed fashion? One marked by bitter division among ... Vollständige Rezension lesen

If you believe that we have partisan elections today then you must read this book to see what was happenning at the beginning of this country. It is interesting to read that many issues involved in ... Vollständige Rezension lesen

Seite 277 - If there be any among us who would wish to dissolve this Union or to change its republican form, let them stand undisturbed as monuments of the safety with which error of opinion may be tolerated, where reason is left free to combat it.
Wird in 914 Büchern von 1801 bis 2008 erwähnt
Seite 277 - During the contest of opinion through which we have passed, the animation of discussion and of exertions has sometimes worn an aspect which might impose on strangers unused to think freely, and to speak and to write what they think...
Wird in 281 Büchern von 1801 bis 2008 erwähnt
Mehr
Seite 278 - ... by doing them all the good in my power, and to be instrumental to the happiness and freedom of all. Relying, then, on the patronage of your good will, I advance with obedience to the work, ready to retire from it whenever you become sensible how much better choice it is in your power to make. And may that Infinite Power which rules the destinies of the universe lead our councils to what is best, and give them a favorable issue for your peace and prosperity.
Wird in 226 Büchern von 1801 bis 2008 erwähnt
Weniger

Edward J. Larson is the author of seven books and the recipient of the 1998 Pulitzer Prize in History for his book Summer for the Gods: The Scopes Trial and America's Continuing Debate Over Science and Religion. His other books include Evolution: The Remarkable History of a Scientific Theory; Evolution's Workshop; God and Science on the Galapagos Islands; and Trial and Error: The American Controversy Over Creation and Evolution. Larson has also written over one hundred articles, most of which address topics of law, science, or politics from an historical perspective, which have appeared in such varied journals as The Atlantic, Nature, Scientific American, The Nation, The Wilson Quarterly, and Virginia Law Review. He is a professor of history and law at Pepperdine University and lives in Georgia and California. 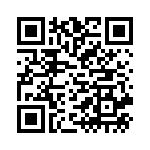