Seite 349 - Can any mortal mixture of earth's mould Breathe such divine enchanting ravishment? Sure something holy lodges in that breast, And with these raptures moves the vocal air To testify his hidden residence. How sweetly did they float upon the wings Of silence through the empty-vaulted night, At every fall smoothing the raven down Of Darkness till it smiled...
Wird in 700 Büchern von 1785 bis 2008 erwähnt
Seite 378 - Desiring this man's art and that man's scope, With what I most enjoy contented least; Yet in these thoughts myself almost despising, Haply I think on thee, and then my state, Like to the lark at break of day arising From sullen...
Wird in 790 Büchern von 1804 bis 2008 erwähnt
Mehr
Seite 377 - Who will believe my verse in time to come, If it were fill'd with your most high deserts? Though yet, heaven knows, it is but as a tomb Which hides your life and shows not half your parts.
Wird in 254 Büchern von 1760 bis 2007 erwähnt
Seite vii - I returned, and saw under the sun, that the race is not to the swift, nor the battle to the strong, neither yet bread to the wise, nor yet riches to men of understanding, nor yet favour to men of skill ; but time and chance happeneth to them all.
Wird in 1400 Büchern von 1706 bis 2007 erwähnt
Seite 380 - Not marble, nor the gilded monuments Of princes, shall outlive this powerful rhyme; But you shall shine more bright in these contents Than unswept stone besmeared with sluttish time. When wasteful war shall statues overturn, And broils root out the work of masonry, Nor Mars his sword nor war's quick fire shall burn The living record of your memory.
Wird in 485 Büchern von 1804 bis 2007 erwähnt
Seite 43 - And though this, probably the first essay of his poetry, be lost, yet it is said to have been so very bitter, that it redoubled the prosecution against him to that degree, that he was obliged to leave his business and family in Warwickshire, for some time, and shelter himself in London.
Wird in 277 Büchern von 1788 bis 2008 erwähnt
Seite 296 - Wisdom for a man's self is in many branches thereof a depraved thing ; it is the wisdom of rats, that will be sure to leave a house somewhat before it fall; it is the wisdom of the fox, that thrusts out the badger who digged and made room for him; it is the wisdom of crocodiles, that shed tears when they would devour ; but that which is specially to be noted is that those which, as Cicero says of Pompey, are sui amantes sine rivali...
Wird in 249 Büchern von 1812 bis 2008 erwähnt
Seite 72 - This Figure, that thou here seest put, It was for gentle Shakespeare cut ; Wherein the Graver had a strife With Nature, to out-doo the life: O, could he but have drawne his wit As well in brasse, as he hath hit His face ; the print would then surpasse All that was ever writ in brasse. But, since he cannot, Reader, looke Not on his Picture, but his Booke.
Wird in 372 Büchern von 1782 bis 2007 erwähnt
Seite 379 - Had my friend's Muse grown with this growing age, A dearer birth than this his love had brought, To march in ranks of better equipage; But since he died, and poets better prove. Theirs for their style I'll read, his for his love.
Wird in 377 Büchern von 1760 bis 2007 erwähnt
Seite 321 - I hope I shall not be found to have the troubled fountain of a corrupt heart, in a depraved habit of taking rewards to pervert justice ; howsoever I may be frail, and partake of the abuses of the times.
Wird in 163 Büchern von 1702 bis 2008 erwähnt
Weniger 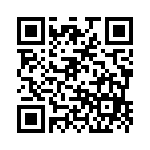