David H. Levy has discovered twenty-one comets, eight of them using his own backyard telescope. Science Editor for Parade magazine, he also writes the monthly "Star Trails" column in Sky and Telescope. Levy is the author of many books relating to astronomy, from beginners' observing guides to such recent popular accounts as Comets: Creators and Destroyers. He has written two other scientific biographies: The Man Who Sold the Milky Way: A Biography of Bart Bok and Clyde Tombaugh: Discoverer of Planet Pluto. Levy's awards include an Emmy for his role in writing the 1997 Discovery Channel documentary Three Minutes to Impact. 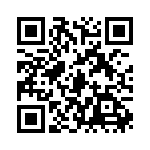