Seite
28 Roland in fact seemed almost destined to write about Johnston, the Kentuckian who graduated high in his class at the U.S. Military Academy, who served with distinction in the U.S. Army, who fought for and served in the government of ...
Seite
“Paradoxically,” Roland added, “where things had changed the most they seemed to have changed the least.” 87 Roland's The Improbable Era also illuminated clearly the tension between continuity and change in post–World War II southern ...
Seite
“My book,” he explained, “is based on a lifetime of reading, reflection, and research, and I put into it what seemed to me the truth about the Civil War. But I am perfectly aware that there will be people who will dispute my conclusions ...
Seite
This occurred whether or not there were any symptoms that would have justified the ordeal, which seemed to me to be worse than any condition it might have cured or averted. All members of my family also faithfully took quinine to ward ...
Seite
They seemed to be the repositories of all beauty and brains. The ancient saying that little girls are made of sugar and spice and everything nice, and little boys of snaps and snails and puppy dog tails, I accepted as.
Weiter » 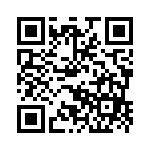