Seite 69
In the latter end of the year 1424 , he went himself to that country , to protect the
great inheritance which he derived from his grandmother Philippa , ( daughter to
Lionel Duke of Clarence , ) from the incursions of some Irish chieftains , who were
...
Seite 167
Enter , on one side , King Henry , Duke of GLOSTER , SALISBURY , WARWICK ,
and Cardinal BEAUFORT ; on the other , Queen MARGARET , led in by Suffolk ;
York , SOMERSET , BUCKINGHAM , and Others , following : Suf . As by your ...
Seite 555
The Second and Third Part of King Henry VI . formed by Shakspeare on two elder
plays , the one entitled the First Part of the Contention of the Two famous Houses
of Yorke and Lancaster , with the Death of the good Duke Humphrey , & c . the ... 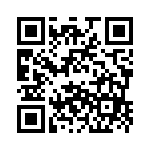