Seite 120
Ngugi wa Thiong'o's A Grain of Wheat , Chinua Achebe's Things Fall Apart ,
Cheikh Hamidou Kane's Ambiguous ... And though Ogboinba's wish is not
granted , she gets the next best thing , namely , refuge from an angry Woyengi
within the ...
Seite 122
The odd thing is that , in Umuofia , Okonkwo has a possible substitute father in
Obierika , and in his exile in Mbanta he has ... The things he would do for his
daughters , upon his return to Umuofia , making spectacular marriages , and for
his ...
Seite 143
The ironic twist , the delight in metaphor which seem so alien in these passages
are , however , the precondition for being confronted with such things at all .
Normally we are not so confronted . The longstanding dispute about the gouging
out ... 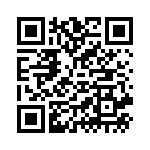