Seite 135
I must inform you of a dismal fight Betwixt the Atout Lord Talbot and the French .
Win . What ! wherein Talbot overcame ? is't fo ? Mel : Ono ; wherein Lord Talbot
was o'erthrown . The circumstance l'll tell you more at large : The tenth of August
...
Seite 200
They are returned , my Lord , and give it out That he is marched to Bourdeaux
with his power , To fight with Talbot : as he marched along , By your espials were
discovered Two mightier troops than that the Dauphin led , Which joined with him
...
Seite 206
Before young Talbot from old Talbot fly , The coward horse , that bears me , fall
and die ! And like me to the peasant boys of France , To be shame's fcorn , and
subject of mischance . Surely , by all the glory you have won , An if I fly , I am not ... 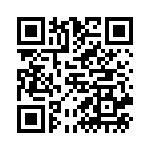