Robert J. Yanal is Professor of Philosophy at Wayne State University. He is the author of Basic Logic (1988) and editor of Institutions of Art: Reconsiderations of George Dickie's Philosophy (Penn State, 1993). 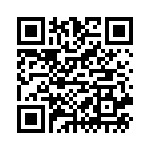