Pete Seeger, a Grammy Award winner as well as the recipient of the N.E.A. National Medal of Arts and Kennedy Center Honors, has performed all over the world for audiences of all ages. His internationally recognized songs include "Where Have All the Flowers Gone," "If I Had a Hammer," and "Turn, Turn, Turn." He lives in Beacon, New York, with his wife of over fifty years, Toshi Seeger.

Paul DuBois Jacobs is a freelance writer and poet. He earned an M.F.A. from the University of Virginia, where he was the recipient of the Henry Hoyns Graduate Creative Writing Fellowship. Paul's grandfather co-wrote a number of songs with Pete Seeger which led Paul to collaborate with Pete on Pete Seeger's Storytelling Book. He lives in Brooklyn. 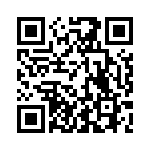