Marshall Berman is the Distinguished Professor of Political Science at City College of New York and CCNY Graduate Center, where he teaches political theory and urban studies. He is also the author of On The Town: One Hundred Years of Spectacle in Times Square and All That Is Solid Melts into Air: The Experience of Modernity. Born and raised in the Bronx, he lives in Manhattan with his family.

Brian Berger is a poet, journalist, and photographer who remembers the view of Playland from the terrace of his grandparents' apartment in Rockaway Beach, Queens. He's written about music for Forced Exposure, the Austin Chronicle and Geek Weekly, and his verse has appeared at jargonbooks.com and elsewhere. His own dark hollow is whowalkinbrooklyn.com. 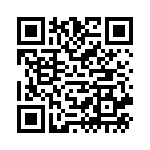