Sander L. Gilman is Distinguished Professor of the Liberal Arts and Sciences at Emory University and is the author of numerous books, including Jewish Frontiers: Essays on Bodies, Histories, and Identities; Smart Jews: The Construction of the Image of Jewish Superior Intelligence (Nebraska 1996); and Fat: A Cultural History of Obesity. 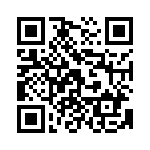